I’ve decided to create a new blog where I’m streamlining a little – whereas amisstome is a hodepodge of art, writing, and life updates, I will only publish my writing on the new blog. Here it is if you’re interested in following:

I’ll be on RI NPR tomorrow morning talking about salt marshes in a segment for the This I Believe program! Times are 6:35 am, 8:35 am, and 5:44 pm: listen online live at http://ripr.org/streaming or on 88.1 FM if you in Providence, 102.7 FM in South County/Newport/Little Compton, or 91.5 FM in Coventry. Shortly after the broadcast, the essay will be posted here, in case you missed it playing live: http://ripr.org/programs/i-believe-rhode-island. Thanks for listening!

Wikipedia article contributed by the Bertness Lab, including yours truly:

When Predators Vanish, so Does the Ecosystem: New York Times Article about the Bertness Lab’s work!

My drawing in the sidebar: http://news.brown.edu/pressreleases/2014/04/die

A drawing I did that became a figure in a scientific paper published in PLoS One. This is what many salt marshes in Cape Cod look like, and recently, many in Rhode Island. Read more about salt marsh die-off here: http://www.bertnesslab.com/.

Is it morally reprehensible for scientists to advocate or even communicate their work?

At the crux of this issue is the concept of truth.  Truth should not be confused with fact: as filmmaker Werner Herzog said, “fact creates norms, and truth illumination.”  Scientists seek truth, but can only provide the world with facts.  We have to believe that over time the facts science produces get closer and closer to the truth, because otherwise science itself would be moot.  The truth is as tantalizing as the limit of a curve approaching an asymptote: it will never be completely reached.

At any given time, what society believes to be “the truth” is really just an assemblage of facts that may or may not be hitting the mark.  Given that the truth is rather like a nebulous cloud of thoughts built on centuries of human consensus, it is an awfully powerful thing.

So why should scientists have the power to dictate “truth” for society?  They don’t.  There is nothing so special about scientists that make their ideas or knowledge more truthful than others’.  However, they may be better equipped to convey the facts that science produce, given that they understand them better than the average person.  The definition of a scientific law is “a statement based on repeated experimental observations that describes some aspect of the world.”  At the time that it is made, no exception has been found to a law.  According to this definition, miracles cannot occur.  As a character in Christopher Paolini’s Eldest aptly states, “Many events have defied our ability to explain, but we are convinced that we failed because we are still woefully ignorant about the universe.”  That objectivity and truth are the scientific gold standards means scientists can communicate the most objective, truest truths to society.

Scientists advocating for certain actions or causes can be problematic when scientists’ opinions are 1) confused as facts or 2) elevated above others’.  However, these issues stem not from scientists themselves but from society’s perspective on scientists.  Scientists simply communicating their work can also be problematic because the emphasis the media places on different news items can give people a skewed version of what is considered valid or important in the scientific world.  When this happens, a few dissenting voices can sometimes even reduce the impact of a scientific consensus – as is the case with the public perception of a scientific “debate” on climate change, when in reality none exists.

To solve this, scientists, journalists, and the public must hold each other accountable.  The peer-reviewed system is designed so that scientists hold each other accountable every day and expect to be held accountable in turn.  Scientists should have the right to disseminate facts backed by repeated experimental evidence, and should feel obligated to do so, being better equipped for this task than most.  Ultimately, we must believe that as we collectively muddle our way on this journey towards truth, under the influence of the wisdom of the crowd, truth will out.

The paper, “Herbivory drives the spread of salt marsh die-off” was published in PLoS One and documents the findings of work in our lab that I helped out with last summer.

I wrote a guest post for Ursa Sapiens, the Triple Helix’s blog, about dolphins and other non-human persons! Check it out here: http://ursa.browntth.com/the-blog/finding-a-voice-for-non-human-persons 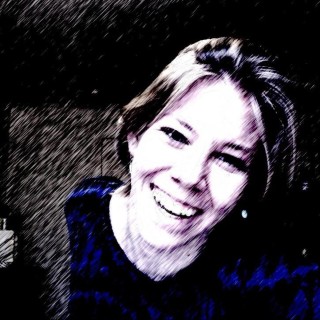 I am a community ecology researcher, conservationist, and science communicator interested in translating science into positive change. My passions include environmental protection and restoration, writing, social justice, building communities, ending the stigma of mental illness, and reading great books.